by nichols
From the 1950s-1980s, Home Savings commissioned Millard Sheets and a host of California artists to enhance their branch banks with artwork. Sheets himself was the architect of many of these buildings, which are also very significant. Many of them have integrated mosaics, but also sculpture and other works. Home Savings was purchased by Washington Mutual, which was purchased by Chase Bank. At the last ModCom meeting it was moved that we attempt to document all of the Home Savings artwork still existing. Please add specific locations and their artwork as you find them. This will be invaluable in future preservation efforts. Please post your photos, name the location, when shot, name the artist (if known) and describe the work in a few words.

1985 list. We can use this as a checklist to see which of these incorporated artwork into the branch.
by nichols Artwork depicts the Camellia Festival in Temple City. Held every year since 1945

tax records indicate built 1984
by Gnomus
The Hollywood branch at 1500 N Vine St at Sunset, front shot in August 2009; back shot in November 2009. Mural by Millard Sheets and Susan Herte (?), executed by Dennis O'Connor, 1970. According to SFMosaic.com, O'Connor went on "...to produce over 80 mosaics for California branches of Home Savings of America."

This front of this location honors early Hollywood with a notation about the site's roll in history (the first feature length film in Hollywood, The Squaw Man, was shot there in 1913). It also has a roll call of early industry luminaries, plus a dozen portraits.

Europa rides Zeus. A website gave this sculpture credit as 1968, Paul Howard Manship, "Flight of Europe." I assume that's a typo, and should be Europa.

The back continues the roll call and features four more star portraits. This side is more contemporary.

The stained glass features scenes from various films. Visible in the upper left corner is Harold Lloyd, hanging from a clock face. Next to him are what appear to be Keystone Kops. Moby Dick is in the lower left corner, just out of view.

Added photo of sculpture out front.
Added photos of rear of building.

This location honors Santa Monica's beach culture with a frolicking family sculpture/fountain, mural of beach life, plus an additional sculpture. There is also a stained glass window.

This is the family sculpture that originally scandalized Santa Monicans because they were all nude. Bathing suits were added later.

The mural, with Millard Sheets' name in the lower right corner.

This sculpture is over the east entrance to the building.

The enormous stained glass window is not really visible from the rear of the building. There is a V-shaped wall that possibly encloses a courtyard or room of some type. Inside, the window has been covered with a giant white screen.

The mural features four panels, from left to right they are: fishing, agriculture, manufacturing, and hallucinogenic navel gazing (?) -- okay, naked people floating into space. Maybe it's spiritual; I don't know...

Most websites say this building went up in 1953. The mural is dated 1955 however.

These tiles appear on the front, east side, and rear of the building.

Stained and etched glass around the rear entrance with "banking through history" theme.

By the way, the details I'm posting are things I've sifted from the Web and have not been verified.

tax records indicate built 1955
by Gnomus
One block to the east of the Beverly Hills Home S&L is a First Bank location (9145 Wilshire Blvd) that happens to have some murals over the entrance. Photos taken November 25, 2009.

EDIT: I found a web page which says that this is a Millard Sheets mural, but it was never a Home S&L. I can delete these if you want to keep everything HSL.

Stylistically and thematically they look like Millard Sheets' work.

2-3 update: Went around back today and found two stained glass windows. Inside is a mural that looks like tree branches.


Also, I stopped by the Wilshire Center location at 3731 Wilshire Blvd; there is no artwork decorating the exterior of this location. NOTE: IGNORE THIS; SEE MY 2-3 POST ON THIS LOCATION.
by nredom
As an aside, there are some Millard Sheets murals (enamel on stainless steel, 1939) depicting "Early California" at Mark Keppel High School in Alhambra...

(pictured in Arnold Schwartzman's book "Deco LAndmarks" p. 136)
by nredom
Westwood:
No bank at that address. Would be interesting to see old photos of what has been lost...

Garden Grove:
Bank there, with mosaic murals on facade. Will post pictures soon if possible.

by modfan
The one near Knotts-Beach and La Palma in Buena Park still there, seems like one corner was owned by KBF and it was turned into a crystal/chandelier store, or is it the other corner. And was the Wilshire Center one a Home, I only remember it being Ahmanson Bank.
by jonu
This blog might help....
http://adamarenson.wordpress.com/homesavingsbankart/

Anyone have any information on the former Home Savings/WaMu bank in Claremont?

I stopped to use the Chase ATM there a few months ago.

Nice murals over the doors and a nice modernist (concrete, if I remember right) screen on the side facade. Still there, but murals of a different kind!

tax records indicate built 1981
by Gnomus
Studio City (1970) - 12051 Ventura Blvd, photos taken December 3, 2009. It appears that the building had the same golden HS&L tiles as the Beverly Hills branch, but they were removed.

Can't find any names in this mural. The four scenes, from left to right are: Padre praying over natives, cattle branding, panning for gold, and TV studio production.

I was not allowed to shoot the stained glass from inside, so this is the best I could manage. It depicts a number of figures on horseback.


NOTE: I rode past the Sherman Oaks address. The building there didn't look like an HS&L, and I didn't see any artwork on the front or side walls.

As you can see, trees pretty much hide the artwork of this former Home S&L. But this location shares a lot of features with the Beverly Hills branch.

Matching sculptures flanking the mural, this one female.

This one male. I haven't found a credit for the sculptor.

A website gave credit for the Hollywood branch mural to Millard Sheets and Susan Herte. I didn't get a close-up of it, but the name on this mural is S. Hertel. It depicts farming and raising animals; the sun is similar to the one depicted on the Beverly Hills branch.

Instead of the golden HS&L tiles, this branch has a single winged lion on the east side. It's pretty small, maybe two feet wide.

The thing that doesn't fit is this cheetah window design; there are two of them on the front side, out from the statues.

The stained glass depicts children and birds; again, I shot from outside, but my photos are too dark.

There is a painting/mural inside (it was too dark to tell which it was) of men on horseback framed by large trees.

tax records indicate built 1959 and 1970
by deanna b
Before the Northridge quake, there was a smallish, one-story ex-Home Fed that was donated to CSUN and moved to the perimeter of the campus, where it served as around a dozen extra classrooms. I had a statistics class there. No art, just a row of nice tiles at the top. When they rebuilt after the quake, the Bank bungalows disappeared. May have been demolished.
by nichols
Glendale
620 N. Brand Blvd.
built 1969 tax records indicate built 1969
by nichols
The cheetahs at Encino are the work of Betty Davenport Ford, another Claremont artist affiliated with Millard Sheets.

The front along Fig: The 57 mural a little tougher to shoot, because of that canopy -- So here's something of a truncated version, it also connotes the psychedelic equine dreamworld. That's how I see it, anyway.

They murals, I suspect, reference the nearby Arroyo Seco Stables. Charlie Fisher (Modcom Commercial Chair, doncha know) writes in his book Highland Park (Arcadia, 2008) that the HS remodel was performed in 1971 and the murals are by Sheets.

tax records indicate built 1920 and 1960
by nichols
Only a few more answers left up on the big board. Who'd like to go next? 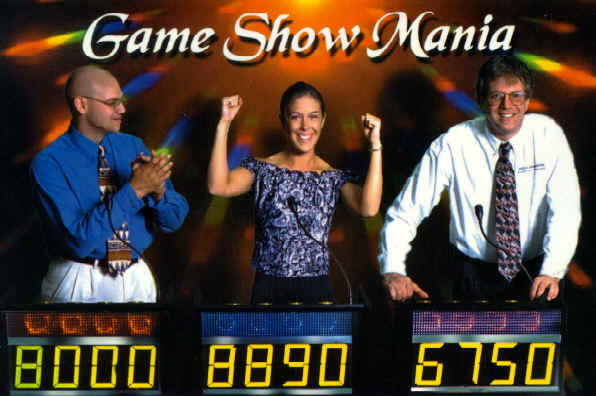 Also, you have Anaheim x'd out, but there hasn't been anything posted. Are you holding out on us?
by Nathan
Re 654 South Fig address downtown, that address was wiped out by


Pix of its murals linked in the final paragraph.

No mention as to what became of those Hertel panels...
by 2Tone
301 S. Pacific Coast Highway